A mailing error is an unpleasant situation that can happen to any company. Even large corporations, whose email campaigns constantly interact with hundreds of thousands of customers, are not immune from this.

What to do if a mistake was made in the mailing? First, don’t panic. And secondly, familiarize yourself with the information provided below. In this article, we will talk about the types of errors and consider how to work with them.

What are the mistakes

One of the most obvious mistakes you can encounter in a letter is Typo. Such flaws are considered to be of low importance – there is an error, but it is very critical. You can add one wrong link, an outdated pre-header, etc. to it. You should not worry about such cases, but in the following mailings, check all letters in detail to avoid similar situations.

More serious problems arise when the wrong name is specified in the letter, or the layout is displayed incorrectly on one device. This error will be noticed by everyone who opens the mailing. As a result, subscribers will remain dissatisfied, may even send a letter to spam or unsubscribe from the newsletter. It will be extremely difficult to solve the latter, but you can work with the first two cases. A new mailing in which you should apologize will help you with this. This approach will be appreciated by every subscriber and, most likely, they will forget about the event.

Another type of error is errors in promotional codes, links to promotional products, etc. This is the same case when you should worry about the entire email campaign: you can lose most of the customers, as well as reduce the income from mailings. If this happens to you, please resend the email immediately with the error corrected. You can also add a bit of humor to it, such as: “Oops, we were in such a hurry to talk about the new products that we forgot the link. Now everything works!”. This approach, by the way, is often used specifically to inform the subscriber twice about an event.

If you noticed the mistake very late, you can also resort to an apology letter. How to make it correctly – let’s talk in more detail.

What to say in an apology letter

Treat your apology letter as seriously as any other communication. Try not to use templates and do not make repeated mistakes!

So, here are some tips to help you get your subscribers back in the mood: 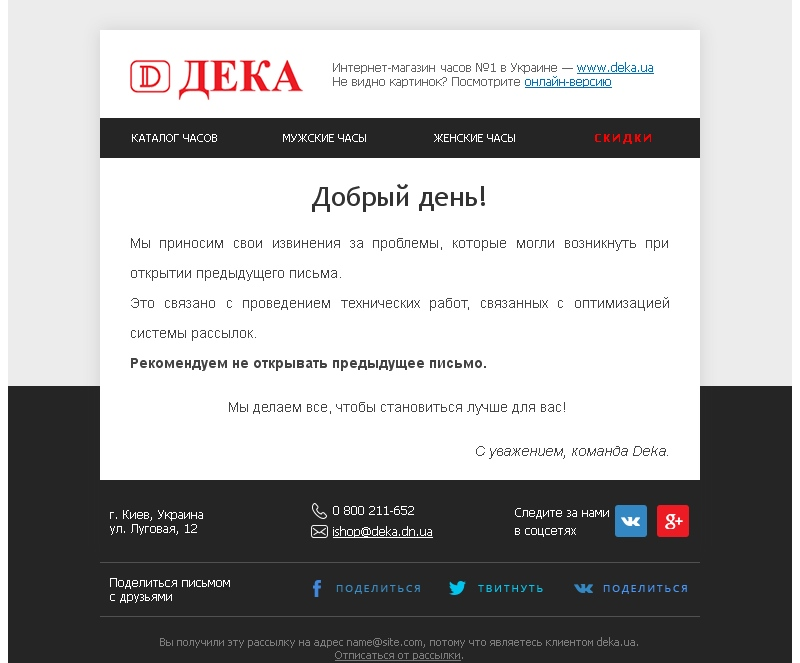 How big brands deal with mistakes

Let’s take a look at a few more popular companies that have encountered errors in email mailings. They will help you craft your effective apology letter.

This company planned to share an e-book with their subscribers that they could get from the link in the email. It was necessary to open the website of the MIF publishing house, enter the promotional code and download the book.

Everything was going according to plan, until the first subscriber discovered that it was not the full version of the book, but only a small part of it, 13 pages long. As a result, the mailing was unsuccessful, and most subscribers were disappointed. Megaplan quickly became aware of the problem and issued a letter of apology. The company explained what the matter was, and also gave 3 gifts in the form of a 15% discount on Megaplan services and all books of the MIF publishing house. 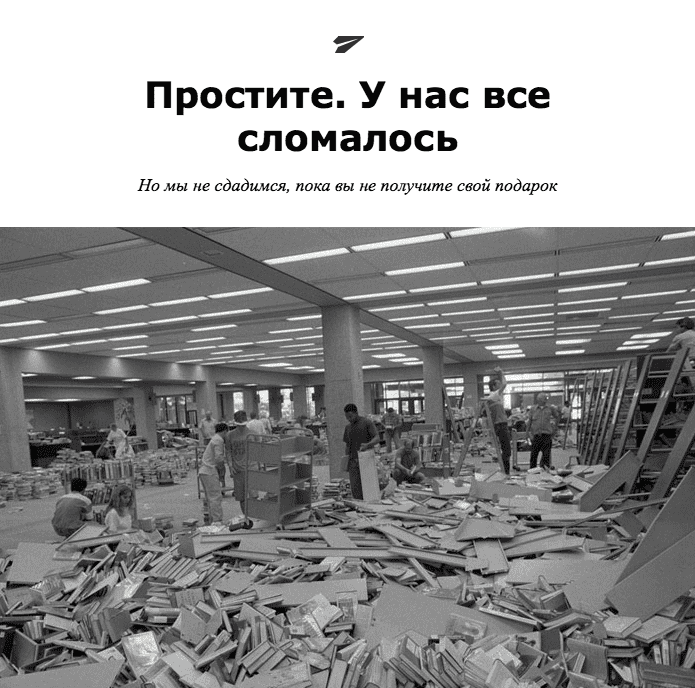 You can view the full version of the letter at archives.

Another well-known company, Aviasales, which is engaged in the sale of airline tickets, made a serious mistake in the mailing. She launched a raffle of free tickets for a trip to Crimea. Subscribers were required to follow a link to read the terms of the contest, but this link did not work correctly – it sent all users to the main page of the site, where there was no information about the contest.

How did the company act here? She sent a follow-up email with an apology, the correct link, and a dash of humor. Here is this letter:

Made is an English online store for designer items for the home. In one of the newsletters, he congratulated subscribers on the separation of Scotland from Great Britain. It would have been nothing, but the event never took place: in 2014, a referendum was held on the independence of Scotland from Great Britain, in which the majority of citizens voted against. As a result, such a gross mistake affected the reputation of the brand – subscribers were surprised, and the percentage of unsubscribes increased every hour.

Made’s approach to this situation is as follows: it sent a letter of apology and offered to buy the product in the store at a discount. 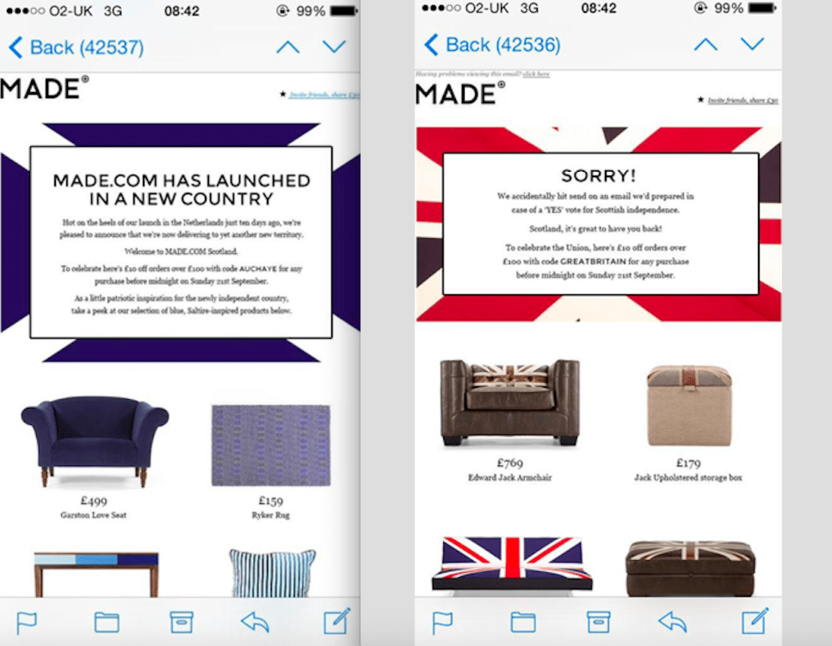 As you can see, mistakes happen not only in small companies, but also in popular brands. However, even in such situations, you can find a way out, and email newsletters can help here. You can also write your own newsletter with apologies and extra bonuses and cover up any mistakes you made.

Telegram has launched a service for buying usernames