Skip to content
Home Articles Surfshark: Russia had the most data breaches in Q3 2022

The company presented a report on incidents related to data leaks for July, August and September 2022. According to this information, a total of 108.9 million accounts were hacked, and the top 5 countries most affected by the leaks included Russia, France, Indonesia, the United States, and Spain.

Here are some takeaways from the Surfshark report: 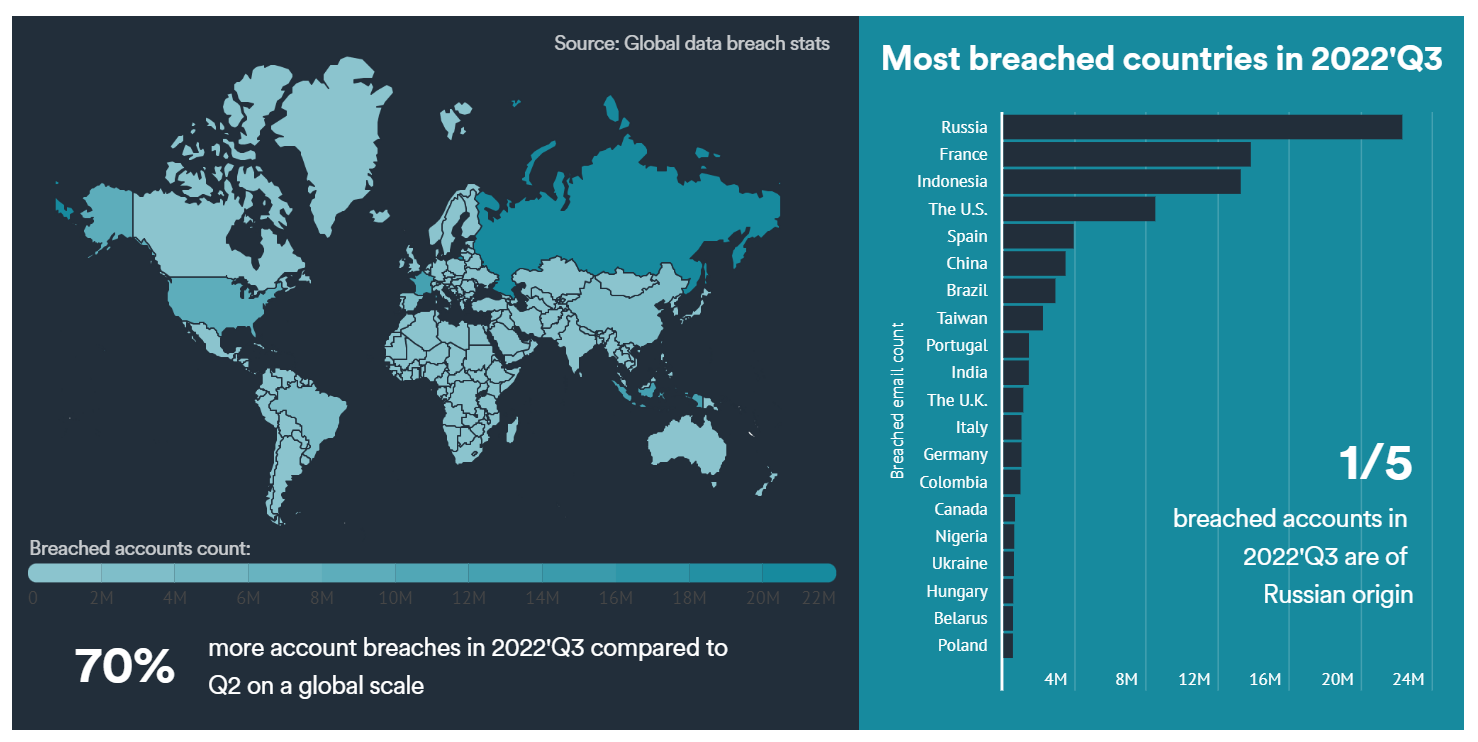 According to Surfshark analysts, Russia dominates the ranking of global data breaches for the third quarter in a row, while the US previously held the lead in the number of such events for several years. In some countries, the number of violations has increased by 1000%, mainly in Africa and South America.