The research company Atlas VPN compiled a rating of browsers according to the degree of vulnerability. Google Chrome took first place with the largest number of security breaches. The numbers are based on information provided by the VulDB vulnerability database.

Just since the beginning of this year, the company recorded 303 vulnerabilities in Google Chrome, and 3,159 of them were found during the entire period. In second place is Mozilla Firefox with 117 problems this year, and Microsoft Edge is in third place – it has 103. And in Edge it is the number, compared to the previous one, increased by 61%.

Also according to the rating, Apple Safari has one of the lowest vulnerability rates, with only 26 documented. But the most secure browser was Opera, which did not have a single documented vulnerability this year. The chart below shows browser vulnerability statistics for all time. 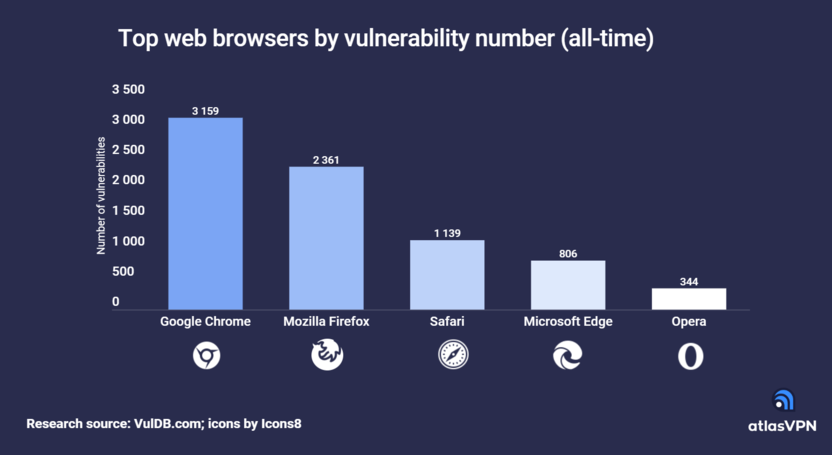 Google Chrome, Microsoft Edge and Opera browsers work on the Chromium engine, despite differences in functionality. This means that possible bugs and holes in Chromium can affect their security too.