Congratulations! We are “Reputation Moscow”, an agency that removes negative reviews, videos and slander from the Internet. We help businesses and individuals whose reputation, sales and lifestyle have been affected by unwanted information.

Thanks to Daniel Kaminsky, we continue to use the Internet and feel safe. Yes, there is a fight against cybercrime, and online fraudsters have not gone anywhere – such is life. However, we are sure that when entering sberbank.ru into the search bar, we will get to Herman Gref’s estate, and not to one of the millions of phishing portals. After all, you’re reading this because in 2008, an unknown cybercriminal discovered a fundamental vulnerability in the fabric of the Internet.

This piece is our thanks to Daniel for his courage.

Dan Kaminsky is a leading expert on cybercrime issues and a regular speaker at Black Hat and DEFCON conferences. He has consulted for Fortune 500 companies: Cisco, Avaya and Microsoft. The latter helped with the release of Vista, Server 2008 and Windows 7 operating systems. Kaminsky is credited with a large-scale upgrade of SONY’s security protocols in 2005.

The cybercrime prevention expert had a unique sense of humor. For example, in his blog, he suggested using quantum-theoretical encryption. It was possible to understand whether Kaminsky was joking or not by looking at the section where the post was published. If with a tag lulzso he’s joking.

Daniel Kaminsky was a difficult speaker for journalists. He always demanded to quote it verbatim and asked to send materials for certification. If something did not suit him, he explained everything from the beginning.

However, these are all lyrics. Highlights: Kaminsky conducted revolutionary research on DNS cache contamination. The problem threatened to discredit the Internet: they would simply stop using it. Therefore, literally all the biggest specialists rushed to correct the problem as absolute secrecy. To see the whole picture, we will talk more about Dan Kaminsky’s identity and smoothly move to the DNS problem.

Daniel Kaminsky: how the path of the legend began

If anyone was made to fight cybercrime, it’s Daniel Kaminsky. At the age of 4, his father gave him a computer from Radio Shack. Daniel’s mother’s description suggests it was a TRS-80 with a 1.77 MHz processor and 4 KB of RAM on board. 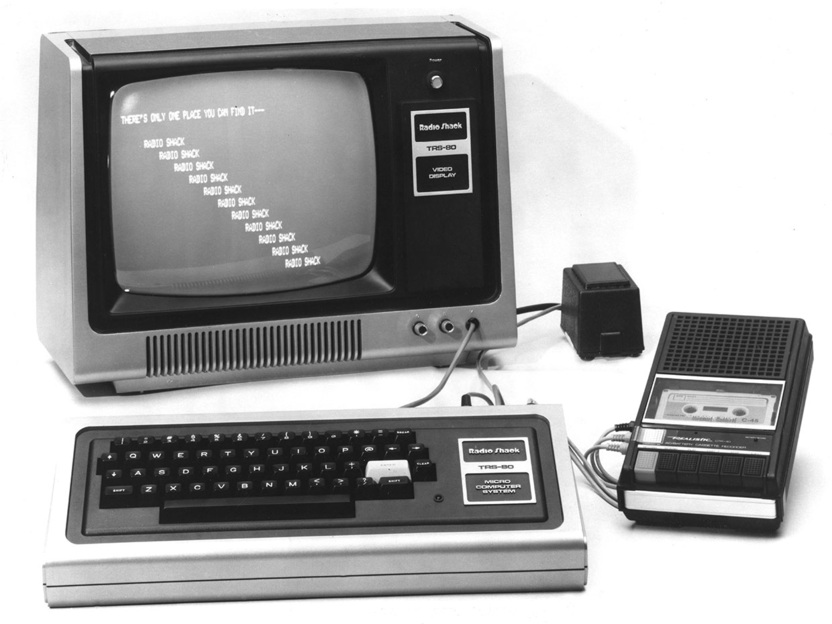 This is where Daniel Kaminsky learned to program. Photo by spectrum.ieee.org

Daniel quickly figured out the TRS-80 and taught himself to program in Basic at the age of 5. Once his mother received a call from a person who introduced himself as a network administrator in the western part of the United States. The man said someone in her house was “poking around where they shouldn’t be poking around.” It was about closed military sites, and Daniel was 11 years old.

The administrator threatened to permanently disconnect the family from the Internet. In response, Daniela Kaminski’s mother promised to take out an ad in the San Francisco Chronicle condemning Pentagon security: “Your security is so bad that even an 11-year-old could break it.” In the end, they found a compromise: my son was left without the Internet for 3 days.

26-year-old Daniel Kaminsky in his apartment. Photo by wered.com

Daniel Kaminski later graduated from Santa Clara University with a bachelor’s degree in information services management. In 2008, 26-year-old computer consultant Daniel Kaminsky discovered a problem in the Internet’s addressing system known as the Domain Name System, or DNS. The loophole made problems with cybercrime insignificant, because it promised to abolish the Internet altogether.

Let’s be clear: DNS needs us to enter site names, not their IP addresses or other data. Thanks to this system, we write google.com, and not 209.185.108.134. It can also be compared to a phone book: you can remember all the numbers, but it’s easier to write them down by name.

The vulnerability was able to covertly manipulate DNS traffic so that a user typing in a website name would be redirected to a phishing copy of it. Even from there, attackers could steal bank card data and other information.

Here we will move to 2005. Daniel Kaminsky in Las Vegas at a party with friends. For sporting interest, he wanted free Wi-Fi at Starbucks. 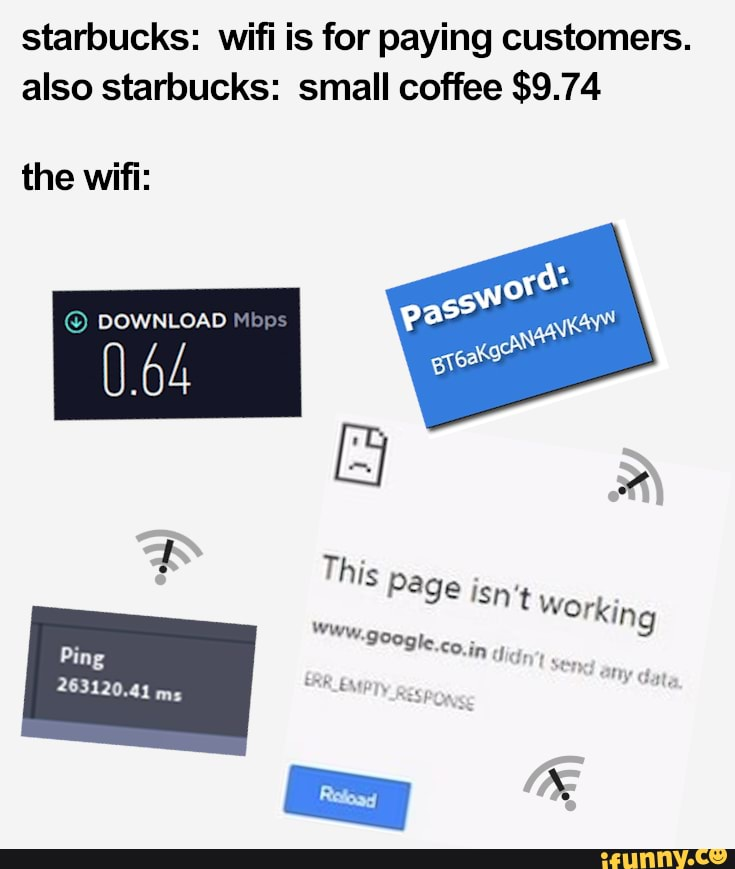 The cafe had port 53 open, which directed unauthorized users to the “Pay for Starbucks Wi-Fi” page. Daniel used the port to access an open DNS connection and access the Internet. He was very slow, which did not suit the man. After several weeks of learning the ins and outs of DNS and perfecting his hack, Daniel was able to stream a 12-second Darth Vader video over a commercial network.

In January 2007, Daniel tested DNS for strength. He used Scapy to send random requests to the system. He enjoyed watching her answer and decided to ask a Fortune 500 company for the location of a number of nonexistent web pages. He then tried to trick his DNS server in San Diego into thinking it knew the location of the fake pages. . .

When someone tried to get to the site of a Fortune 500 company, they got to a non-existent page, Kaminski. In other words, he found a way to manipulate the entire Internet. If he wanted to, he could redirect the entire .com segment to his laptop. What could the fight against cybercrime be about when the very core of the Internet was practically exposed?

To demonstrate the potential of cybercrime in the world, Kaminsky organized a meeting in a Microsoft conference room. It was attended by representatives of Microsoft, Cisco Systems and DNS software developers.

Experts watched as Kaminsky opened the laptop and connected the projector. In less than 10 seconds, he hacked the server of the company Vixie, which at that time controlled 80% of Internet traffic in the United States. No fight against cybercrime will stop the attackers, because the entire Internet was not protected. A hacker could forward almost any correspondence, subtly copy it before sending it to its destination. Victims never know they’ve been compromised.

Those present agreed to release the patch at the same time. They understood that if it was done in isolation, independent groups of hackers could notice the activity and realize that there was a serious vulnerability. Who knows, maybe they would find what Daniel found. 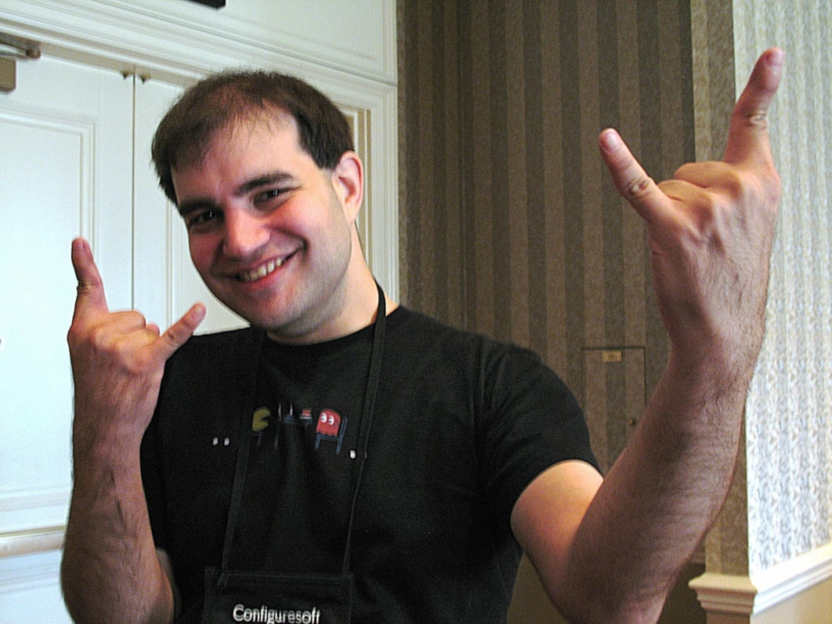 Kaminsky before speaking at a conference in Las Vegas. In half an hour he will talk about the biggest threat to the Internet. Photo by cbc.ca

On July 8, Nominum, Microsoft, Cisco, Sun Microsystems, Ubuntu, Red Hat, and many others released output port randomization patches. In fact, it was the largest multivendor patch in Internet history. ISPs and broadband operators were surprised by the rush, but they were not given an explanation.

To speed up the upgrade process, Kaminsky reached out to several influential security experts, hoping to convince them as well. Unfortunately, a few weeks later, one of the participants in the conversation published a complete guide to hacking the Internet (this person would later become Kaminski’s constant detractor). The recording was deleted, but it was too late – it spread across the Internet.

About a week later, an AT&T server in Texas was hacked using the Kaminski method. The attacker hijacked google.com – when AT&T subscribers tried to switch to Google, they were redirected to a copy of it that secretly screamed ads. The attacker turned out to be a “vegetarian”: he made money from ads, but did not touch personal data. The incident convinced the operators to hurry up with the installation of the patch.

As a result, the personal fight against cybercrime has borne fruit. Approaches to encryption began to evolve, a trend for privacy and additional protection appeared.

A consistent fighter against cybercrime has always been distinguished by altruism. Kaminski often paid for hotel or travel to Black Hat conferences for attendees who couldn’t afford it. When his protégé broke up with her boyfriend, Kaminski bought her a plane ticket to meet him, believing they were destined to be together (they later married).

Kaminsky developed DanKam, a mobile app that uses a phone’s camera to decipher colors that are inaccessible to colorblind people. When his grandmother lost her hearing, he invested in the development of hearing aid technology. The expert also helped the National Institute of Health to develop telemedicine tools.

The Internet was never designed to be secure. The internet was created to move pictures of cats. We are very good at moving pictures with cats. Daniel Kaminskycyber security expert

The material is prepared on the basis of information published in Wired, New York Times, Heise, Security Week and Daniel Kaminsky’s personal blog.