Microsoft has announced a global update to Windows 11. There are new features for people with disabilities, as well as a large set of innovations for those who are engaged in creativity.

Windows has learned to generate subtitles in any part of the OS, and three options for placing items in the menu will now be available in Start. The window management function will get new modes of operation to improve the productivity of users working in multiple programs.

With the update, the “Do not disturb” mode will appear, which allows you to remove all distracting elements from the OS. Also, Microsoft announced a new application for those who are engaged in compilation of video content (in particular, for bloggers) and innovations in the game subsystem. 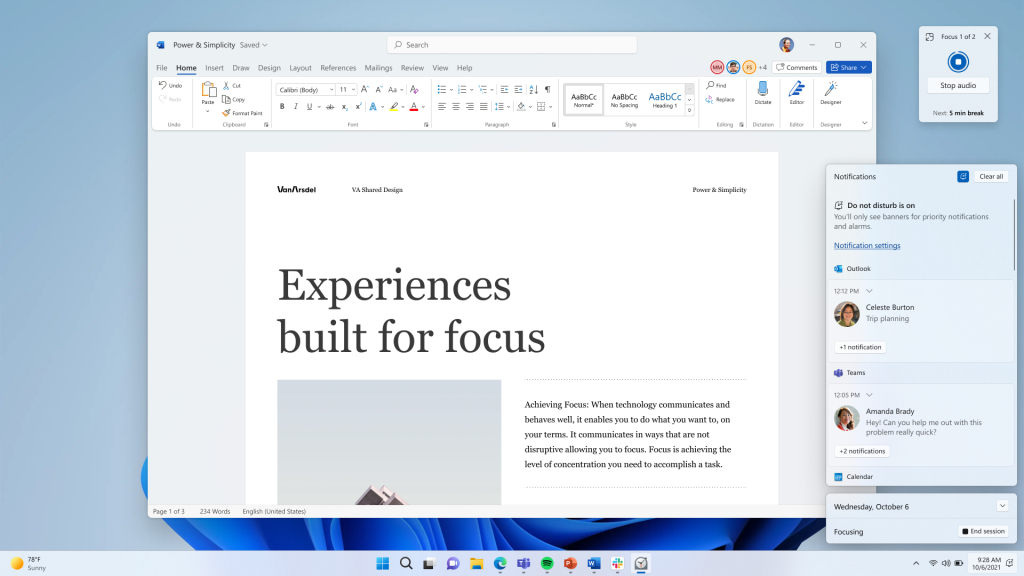 The focus feature in Windows 11

More information about the update can be found on the Microsoft website. The release of the new version is scheduled for October this year.