On September 15, Adobe announced the purchase of Figma, a service for designers, for $20 billion. The deal is considered the largest takeover of a private software developer in history. With this acquisition, Adobe plans to expand its toolset for professionals.

For Adobe, this is not the first such acquisition – Bloomberg reports that the company previously bought the Frame.io platform for $1.3 billion and the Workfront management service for $1.5 billion. The same deal is considered the largest and most expensive in the history of the company itself. It is planned to be closed by 2023.

At the same time, Adobe intends to pay half of the stated amount in cash, and the other half in its shares. According to the terms of the agreement, the head and employees of Figma will be granted 6 million additional restricted shares, and the rights to them will be transferred within 4 years after the closing of the agreement.

Figma was founded ten years ago, specializing in browser-based, collaborative software design tools. The company was valued at $10 billion a year ago. Recently, the software’s client base has expanded by attracting designers from large companies like Airbnb, Google and others, as well as loyal students and individuals who develop light games, maps and presentations. 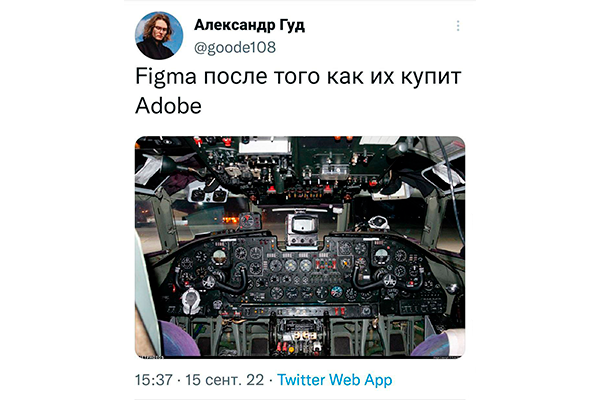 Interestingly, on the back of this news, Adobe shares fell by about 9% in premarket trading. According to Code Durov, since the beginning of the year, they have also lost more than a third of their value. This is likely due to investor skepticism about the dominance of Adobe’s software for design professionals, which accounts for about 60% of its revenues.