Skip to content
Home Articles The most successful startups in the world: Amazon

Let’s talk about the start and success of Amazon. We will also study the numbers – the exemplary capitalization of Amazon services and the state of Bezos (everyone is interested, right?) today.

A little biography of Jeffrey Bezos

The story of the first online trading platform began with excellent organizational skills, a business plan at the knee and an excellent sense of the market. Jeff Bezos did not do business here and now – he thought out a system that would work for generations.

Jeffrey Bezos graduated from Princeton University with a degree in electrical and computer engineering. I’d like to say he was a working-class boy, and then that would be a winning story, but his maternal grandfather was the head of the US Atomic Energy Commission in Albuquerque, and his grandmother was a relative of country singer George Strait. So, a person from a prosperous middle-class family with a good education is a completely standard starter pack for a future businessman.

By the age of 30, he was already working in a hedge fund on Wall Street with a good salary and a beautiful wife, life was getting along. In the evenings, Bezos thought about his own business – he did not want to work for a salary all his life, after all, this is not the American dream. He discussed his ideas with his boss, who was probably also a close friend of his. And so one fine day in 1993, Jeff learns that the Internet audience is growing by 2300% per year. Of course, this did not mean that all these people would give him their money, but the prospect itself was enticing. 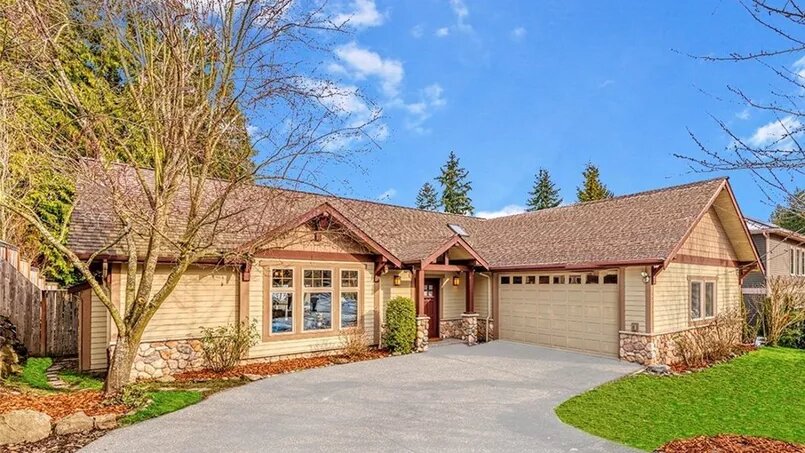 The restored Bezos home in Seattle

A move to Seattle and a business plan on its knees

In 1994, Bezos and his family moved to Seattle, a city of musicians and programmers. No, not like that … At first he wanted to open a business on an Indian reservation to avoid taxes (here’s a trick), but it didn’t work out. He drew up a business plan right at the time of the move: the future online site was supposed to start with the sale of one product, but later expand. An interesting fact is that the plan assumed that the company would turn a profit only after 4-5 years, before that all the income had to go to the development of the company and to crisis savings.

Jeff is not only hard-working, but also intelligent. He understood that a strong business must be built on a good foundation, and what kind of foundation should one have in his business? Money and a well-promoted brand. And a table, a work table for a person, on which everything is held, is made of doors.

He collected investments from relatives and friends, adding his own savings. His father gave $300,000, as a result of which he had $1,000,000 at his disposal. Yes, such support can be envied. Still, the money is big, but not endless – it needs to be distributed wisely. Therefore, he focused on only one product – books. Why? They are popular, their prices are quite stable, they do not spoil, and transportation and storage do not require special costs. A convenient product from all sides. 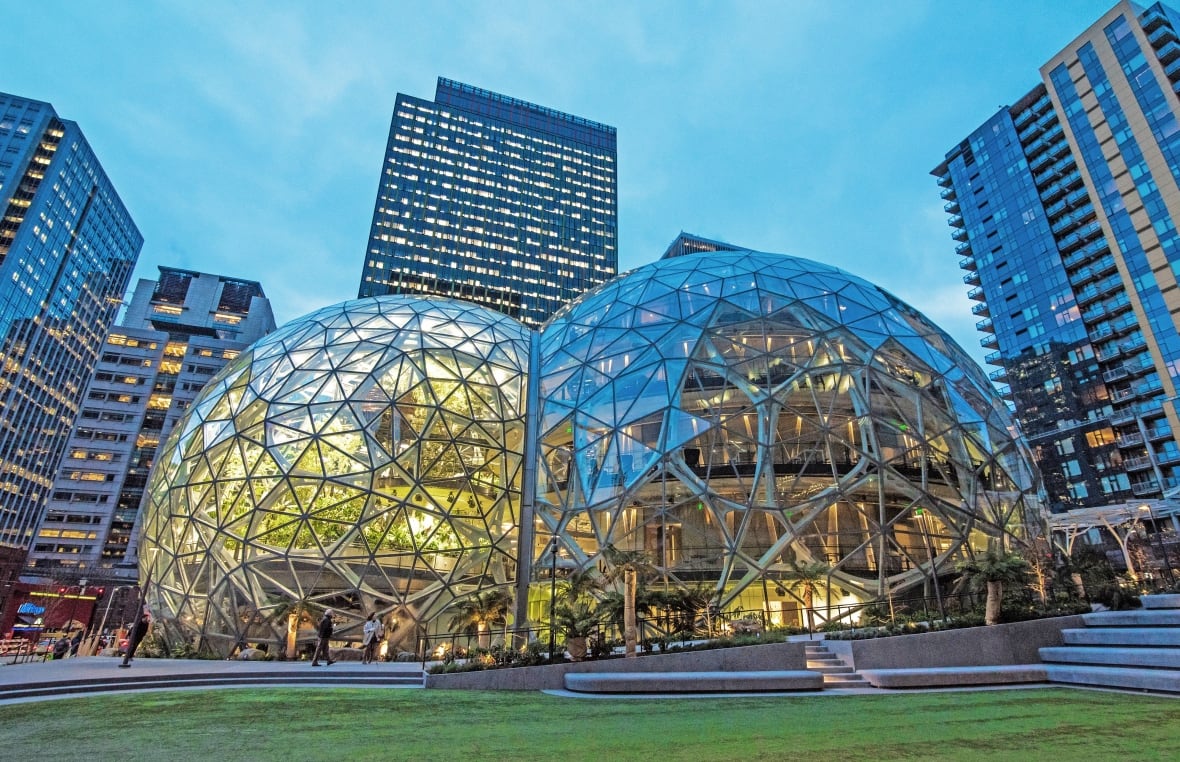 Amazon headquarters in Seattle. Note the jungle that is visible even from the outside. Yes, it really has its own atmosphere

Jeffrey Bezos used to say that if workers can’t be fed with two pizzas, there are too many. Indeed, the team serving Amazon in the early years (from 1994 to mid-1996) grew from 5 people to 100. These were the people who bought and packaged the books before they were shipped. But by the end of 1996, the staff had grown to 265 people – not much considering they were picking and shipping to every state and 45 other countries. When did they even manage to sleep? By the way, at that time the company’s weekly turnover was already $20,000. This is how the path to prosperity and rapid business development began. Sly Bezos looks through the first version of the Kindle e-reader, embodying the phrase “And walls have ears”

And how did the site develop?

Amazon.com was launched in 1995. The initial version of the site was quite simple – a list of books with a description and a price tag. A little later, a search appeared with hints based on previous purchases. Bezos immediately lays the foundation for the site’s viability – such a foundation was the ability to create communities and forums for discussing books, and later writing reviews and testimonials. It was an extremely successful move that allowed the site to quickly gain popularity. In 1998, the Jungle project was bought, which made it possible to automatically search for similar products and compare their prices. Over time, this step began to bring additional views to the site, because most Internet users began to compare prices in other stores with Amazon.

Until 2000, the company used Sun Microsystem servers, but they were quite expensive, prompting the company to switch to Linux servers from HP. Thanks to this step, the development of the Amazon Web Services cloud platform began. The first acquisitions began in the late nineties: in 1998, the online movie database IMDB was bought, and in 1999, the web traffic analysis company Alexa-Internet was bought. Thanks to this purchase, it became possible to analyze information about purchases and recommend products. Much later, Alexa will grow into a voice assistant.

At zero, the growth of interest in artificial intelligence and cloud services encourages Amazon to invest more in these areas. As a result, the company is now a leader among cloud technology providers.

Today, the Amazon company is engaged in a huge number of developments in the IT sphere. One of the most interesting is Amazon Go stores, which operate in a fully automated mode. Shoppers with an Amazon account simply scan the QR code at the entrance, pick up the items and leave, and the system automatically calculates the amount and debits it from the shopper’s online account.

Drones and robots are firmly embedded in the company’s life, but unfortunately, they are still imperfect, and Amazon is working on it. They will soon learn to recognize gestures and voice commands. In addition, the main problem for drones is traffic regulations, which make it difficult to move around the city. You won’t believe it, but the company plans to build underground tunnel systems for drones in major cities. The company is also working on flying airship warehouses to simplify and reduce the cost of logistics. By the way, the company already employs 46,000 robots, and plans are to completely replace manual labor. 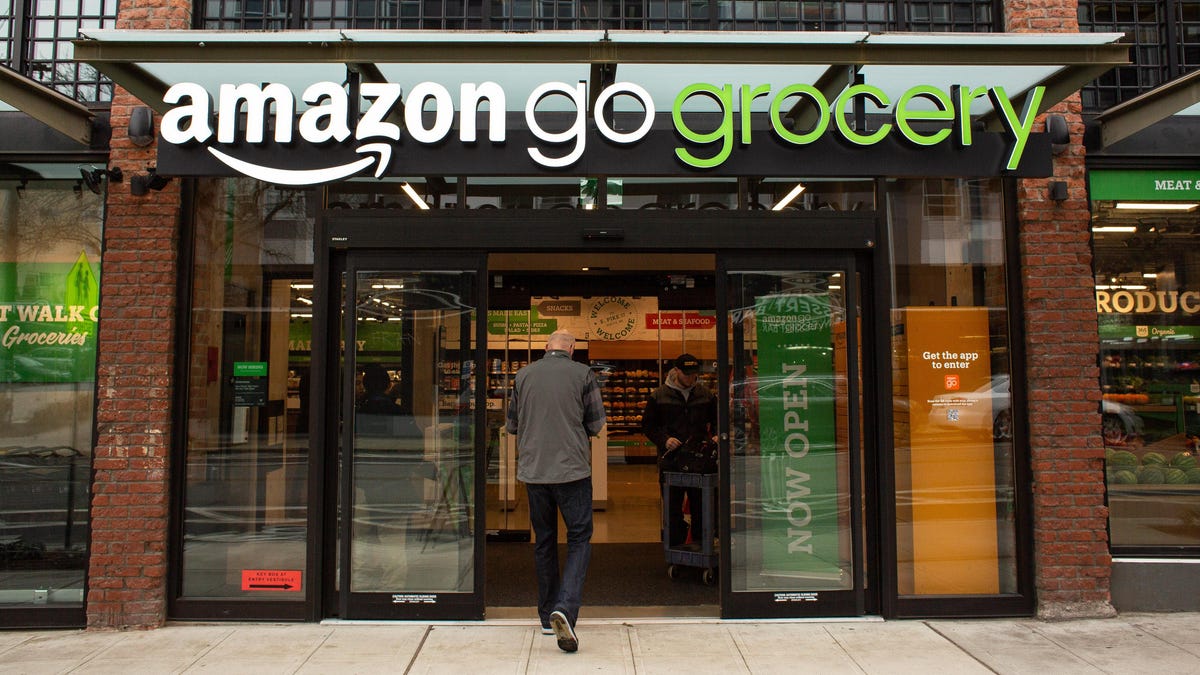 Analytics from the author

As promised, a little analysis of the company’s business model.

I really like to read stories and biographies of great people, especially successful businessmen – Henry Ford, John Morgan, Paul Gett, Bill Geitz, Jeff Bezos finally. Many of them are purely applied and vital – for example, Morgan’s foresight and ability to handle money or Ford’s focus on the consumer and hard work. We need ancestral knowledge to do business better. I know this and, I think, Jeff Bezos knows, whose business model is built precisely on vision, customer orientation, hard work and greed. No, but not giving employees free lunches is too much. Can an employee who invented a way to cut company costs get a cash bonus? No, it’s a table made of doors! Bezos’ fortune is $150 billion, he could at least issue bonuses or print food on 3D printers.

The basic idea of ​​Amazon, where everything is held, is quite simple. Amazon is a shopping center in the literal sense, it leases virtual spaces for trade, but at the same time, the rent also includes warehouse and logistics services. The essence of any shopping center is that it does not sell anything by itself, it simply rents out its premises and promotes itself. The shopping center does not care what happens there with the tenants, because the task of the shopping center will attract attention and popularity, then everything will be fine with the current tenants. It was on this idea that Bezos built his empire – from the beginning he did not sell books, he was the guide of offline stores to the online world.

Bezos began to expand the boundaries only after he was able to strengthen his position precisely as an online marketplace. Amazon’s first profit was recorded only in 2000, five years after the start of the business – before that, Bezos poured all the money into the promotion and expansion of the assortment by attracting new sellers.

Those who have at least once tried to start their own business without moms and dads are familiar with such a thing as a cash gap – it is when your expenses outweigh your income. Many young entrepreneurs do not know how to deal with it and why it appears. There are many reasons for the appearance of a cash gap, but there are not so many ways to overcome it. Comrade Bezos used the tactic of accumulating a financial cushion for unforeseen purposes, and it, by the way, saved the company not only at the beginning of the journey, but also during the dot-com crash, allowing not only to stay afloat, but also to absorb bankrupt competitors.

Then Amazon engaged in banal expansion, and did not create business trends, but often went with the flow, studying popular areas, ahead of and castrating competitors. After 2000, the company turned into a multinational corporation, the management and development of which began to be carried out by a group of individuals. The story of Bezos’ startup and entrepreneurial spirit ends there.

Let’s go to the numbers

It took more than 20 years to reach such figures and become one of the most valuable companies in the world.

With the help of simple mental manipulations with the obtained data, we can draw a conclusion – to become as successful as Uncle Bezos, you need to think analytically, understand and feel new trends, give a cheerful piece of life to work, and also know how to count money. The latter, unfortunately, in our world, consumerism is perceived by many as a disadvantage, but I do not know a single rich person (disclaimer – except those who were already born rich) who does not consider their money. And the most important and scariest thing is just to start.

Although I am deceiving someone – it is important to have start-up capital in addition to everything else. Jeff is not just an enthusiast, but a man from a wealthy family: his grandfather had his own ranch in Texas, and his stepfather worked as an engineer in an oil company. Moreover, Jeff held a managerial position with a good salary, so he had money – he just found a way to competently implement it, which, of course, does not diminish his merits, but gives food for thought.

That’s it for today, thank you for your attention! 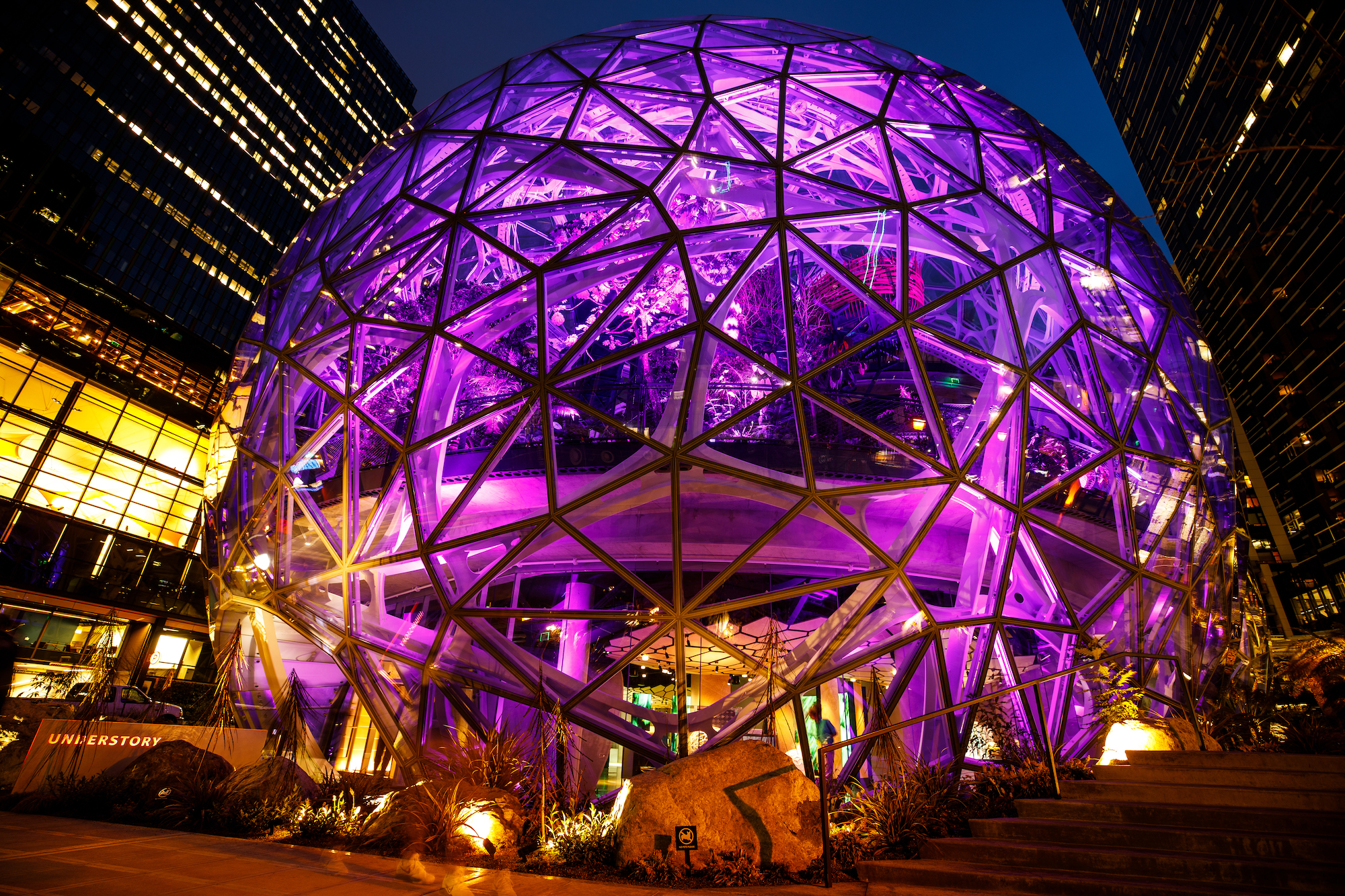