Subsea Cloud plans to build the first underwater data center off the US coast. It is expected to be launched by the end of 2022, the expected capacity is 1MW. The company also plans to build other facilities in the Gulf of Mexico and the North Sea, and by 2026 – a complete transition to renewable energy sources.

The Jules Verne data center, named after the classic science fiction writer, will be located near the coastal settlements of Port Angeles, Washington. All interested potential clients will be able to visit the data center, but it is expected that there will be few of them due to the development of the facility mainly for demonstration purposes.

According to The Register, cooling will be provided by the surrounding water, which will lead to a reduction in energy consumption and carbon dioxide emissions by 40% compared to land-based sites. Servers will be placed in a cooling dielectric liquid, while the entire system will be equipped with passive heat dissipation without the use of pumps. Jules Verne capsules will be placed in standard 20-foot containers, placed in shallow water. As for the containers in the Gulf of Mexico and the North Sea, they are planned to be submerged to a depth of 300 m. 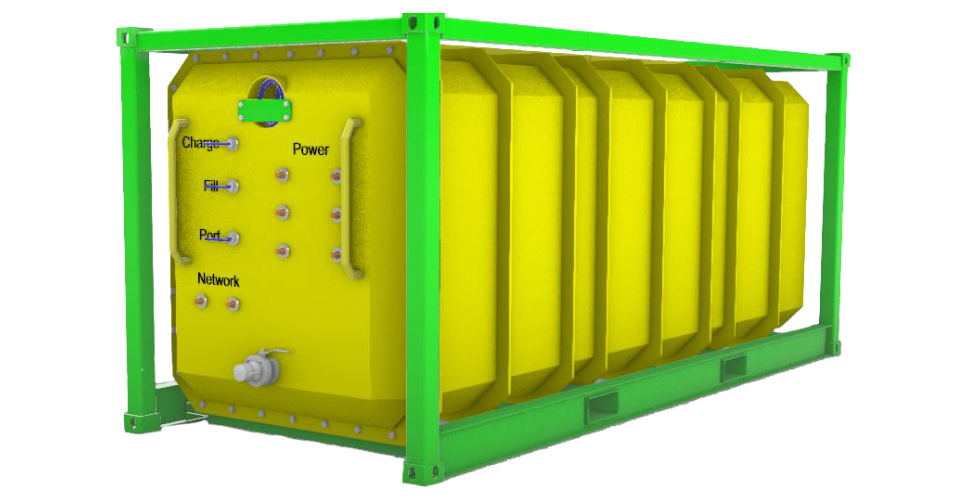 Inside the Jules Verne pods are 16 racks that can hold up to 800 servers. Their total power will be up to 1 MW, and the speed of communication with the mainland will be 100 Gbit/s. Up to 100 additional containers will be added to scale. In the event of a breakdown or the need to replace the equipment, the service personnel need from 4 to 16 hours to reach the place and carry out all the planned actions. Developers expect immersion cooling to require less maintenance due to reduced risk of contamination from dust, debris, and thermal shock.

Microsoft Corporation previously deployed underwater data centers as part of the Project Natick experiment, writes Servernews. Unlike the Subsea Cloud capsules, the bodies of their objects were filled with nitrogen, and according to the results of the experiment, only a few servers failed. A similar project called Highlander is also being developed in China.