The MTS company complained to the FAS about Megafon’s advertisement, in which the mobile operator refers to itself as “operator #1”. The department will consider the complaint in the near future. The mobile operator faces a fine of 500,000 rubles.

Megafon launched a new advertising campaign at the beginning of July. Digital banners and billboards in Russian cities displayed a call to switch to “operator #1.” The inscription is made in large font, while below, much smaller, the specified details are “by speed and coverage”. And only at the bottom of the banners is an explanation given for this statement.

FAS informs that MTS’s appeal will be considered in the near future. At the same time, the agency explains that the Law “On Advertising” regulates the use of the words “best”, “first” and “number one” in advertisements. According to the requirements, these concepts should be used with the indication of a specific criterion by which the comparison is made, while there should be objective confirmation. 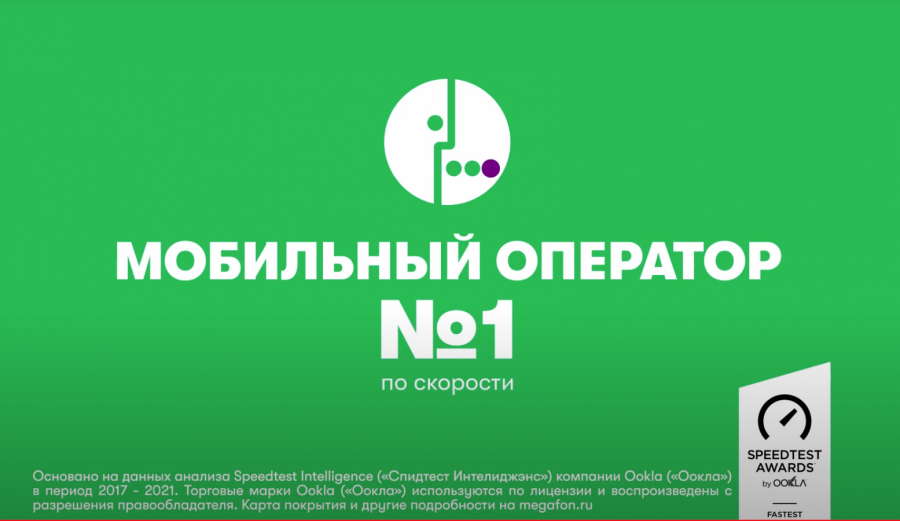 In its advertising campaign, Megafon relies on research by Speedtest, a subsidiary of Ookla. The nuance lies in the size of the font with which this criterion is marked, and how legibly the message is conveyed, why exactly the company is “number one” in its segment.

As Sostav reports, if the advertisement is deemed inappropriate, the mobile operator will be required to pay a fine of up to 500,000 rubles. Much more critical is the decision to stop the distribution of this advertising message, which will require additional costs for Megafon.