Such data was provided by the Сable.co.uk company, having analyzed the cost of the Internet in 233 countries. It turned out that the most affordable Internet in Israel, where 1 GB of traffic costs 0.04 dollars, the most expensive – on the islands of St. Helena in the Atlantic Ocean, where you have to pay more than 41 dollars for 1 GB.

Russia ranks 30th in this ranking, and the average cost of 1 GB is estimated at $0.48. Israel, Italy, San Marino, Fiji and India pay the least for internet, and it costs more for others in island territories, including Falkland Islands, Sao Tome and Principe and Tokelau. 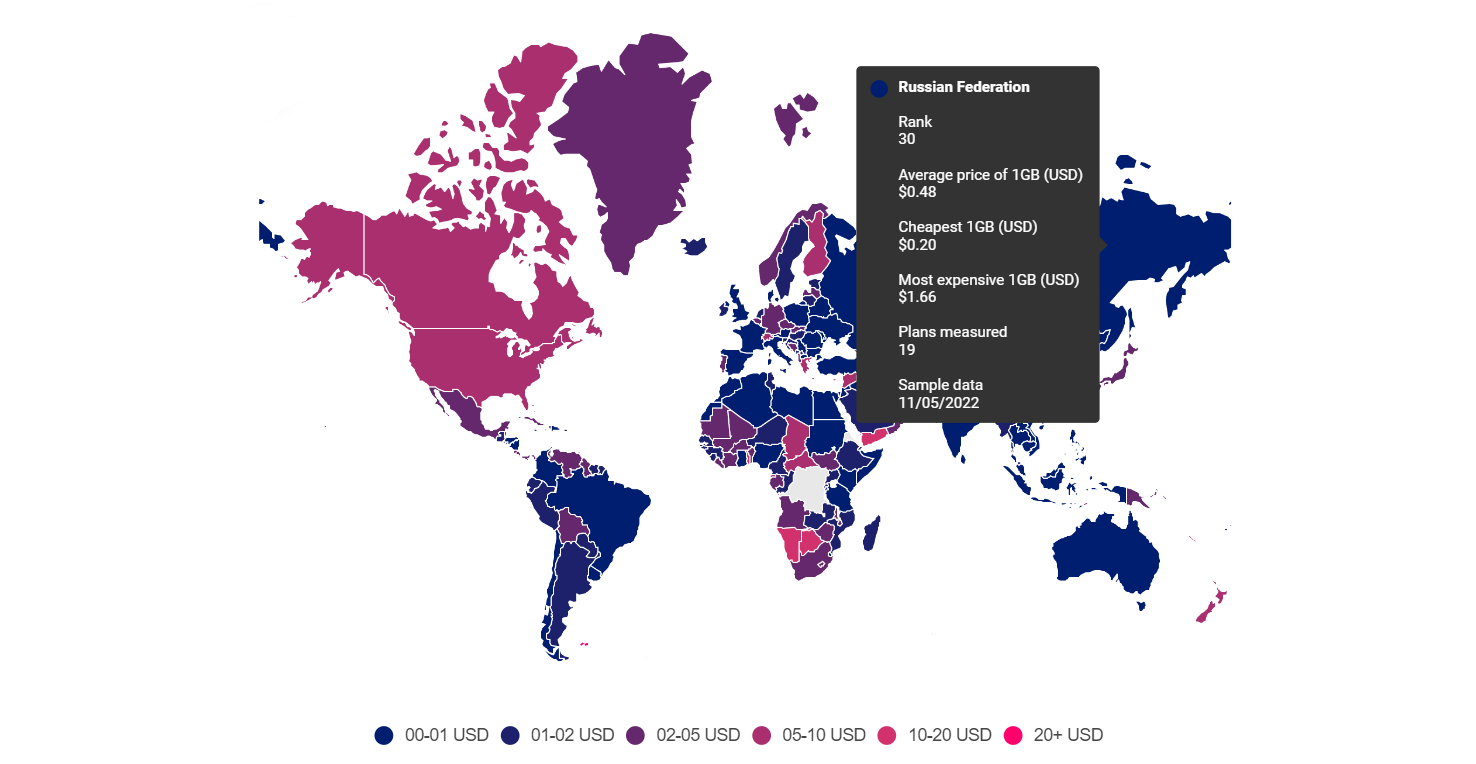 The cost of the Internet in the world. Image: www.cable.co.uk

As Kommersant notes, in general, the Internet is more expensive in the North American region (the average cost of 1 GB is $4.98), and the cheapest is in North Africa ($1.05). In Eastern Europe, it will cost an average of $1.67, with Moldova having the most affordable internet ($0.26), and Greece having the most expensive ($5.3).

The report also says that Israel is a world leader in providing 5G services, and in general, mobile communication is very developed in the country, because 3/4 of Israelis own smartphones, and providers offer huge discounts on mobile internet.