Skip to content
Home Articles What is a parachain?

You probably know that blockchain technology is now actively used for financial transactions, identification of users and sale of digital objects, giving everyone a unique block. Each blockchain has its own drawbacks, which cause some difficulties when using the technology. Parachains connected to a common network will help to circumvent all the negative aspects of blockchains, the work of which I will tell in more detail later.

The concept of “parachain”

Parachain is very similar to blockchain, except for one feature – future connection to a shared network. That is, the parachain is the same blockchain with all its shortcomings and features, but it will be connected to a common network that will ensure the cooperation of all parachains, eliminating their disadvantages and opening up new opportunities.

How Polkadot is related to the parachain

Now it is important to answer the question of how the Polkadot project is related to this parachain, since many users learned about this technology precisely because of it. Now this is the most famous network that will connect parachains and ensure their stable operation. Over the next few years, the developers promise to provide up to a hundred slots that can be purchased by blockchain creators at special auctions. 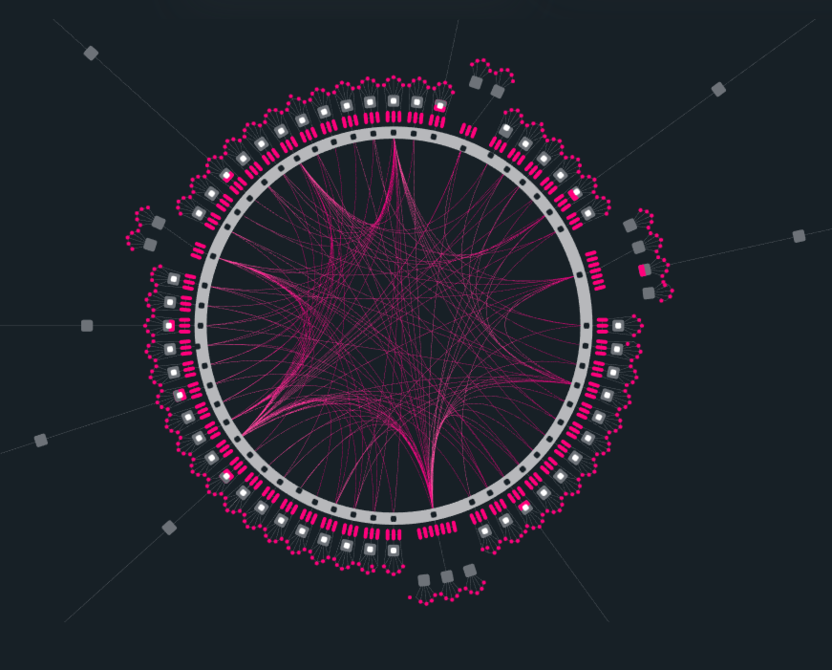 The entire Polkadot ecosystem is based on adding and verifying blocks of each parachain, sending them between each other and making the necessary changes. In the image above, you can clearly see how this network is implemented. It is a web that connects all existing links. This is the simplest and most understandable illustration that visually shows the operation of the network protocol for parachains.

What does the Polkadot structure consist of?

We will analyze the work of network protocols connecting parachains directly on Polkadot, since it is the most famous and most promising project that already has its tokens, launches auctions and shows efficiency in work. It has a total of four components, each of which is responsible for its tasks:

How to connect your parachain to Polkadot

If you are not a creator of blockchains, then such information is unlikely to be useful to you. However, I will tell about it in just two words, without going into the details of the development. Each developer has already discovered a strategy, recruited a team and determined the sequence of actions.

Roughly speaking, anyone can create a parachain and choose one of two methods to connect to Polkadot by participating in the auction. The first strategy is to get an individual account. In this case, bids at auctions are made only by authorized authorized persons. In the second case, a crowdloan is launched, which is a collective auction, and everyone can vote for the promotion of this parachain.

How parachain auctions are conducted

When you read the previous sections of the article, you already learned that there are quite a lot of people who want to connect their parachain to Polkadot (and to other similar networks), so their selection takes place during the auction. For this, a candlestick type of auction was chosen, the meaning of which is that the bids are held on a timer. When it ends, the project that has made more bets wins.

During such auctions, anyone can lock their DOT token to make a bid, which is similar to ICOs where conventional blockchains are launched. However, in the case of ICOs, tokens are given to developers and they can do whatever they want with them, while in Polkadot auctions, locked DOTs will be returned to their owners after the event.

There is quite a lot of information on the web about parachains that are directly connected to Polkadot and other connecting networks. However, all this information is individual for a specific network and may not be relevant for another, for example, if we are talking about the methodology of selecting parachains and some functions of the ecosystem itself. Therefore, let’s stop at the information provided, which should be enough to understand basically what parachain is and how it can make the future of blockchain better.