There are quite a lot of mathematical functions in Microsoft Excel, so when you get to know the program, some of them may be incomprehensible to beginners. Such functions include ABS, as it has only one argument.

Let’s deal with this topic in more detail.

How the ABS function works

First, let’s figure out why the ABS function is needed, if it wasn’t clear to you from the help. If you enter any number in the ABS argument, it will be shown as positive, that is, the modulus or absolute value is calculated, whichever is more convenient for you. 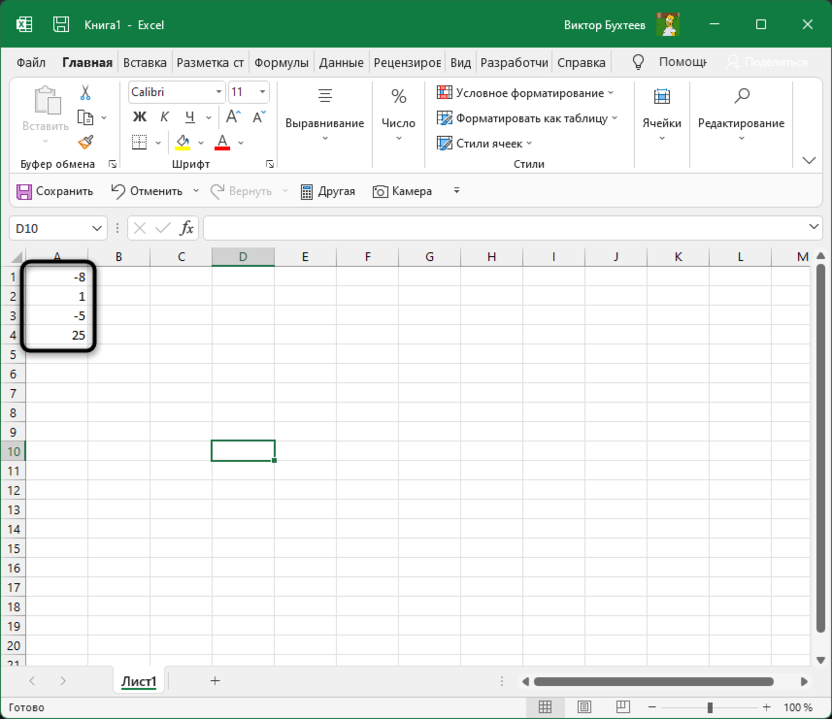 Syntax of the ABS function

Let’s dwell on this topic just so that you understand what output data is entered when filling the line of the ABS function. In fact, there is only one argument, which is a number to return the module. You can simply type in any number or reference a cell, just like you do when using other functions in Excel.

Above you see the function arguments window, where you can see that using ABS you only need to enter a number or a reference to the cell, that is, its number, where the number of the return of its absolute value is stored.

Everything is clear with the syntax and direction of this function, so let’s now understand it in practice. First, consider a situation where you just need the modulus of a number without additional calculations.

As you can see, there is nothing complicated in using this function. It has only one argument, so there shouldn’t be any difficulties with writing either. The formula is extensible and can be used for a group of cells immediately. To do this, you need to drag the already ready cell with the result down by the lower right corner to stretch it to all subsequent cells in the data array.

Using ABS together with other functions

It remains only to understand whether ABS can be combined with other functions, forming more complex formulas that can be useful in mathematical calculations. Nothing prevents you from inserting the module into almost any calculation, but in the framework of this article, we will deal with it using the simplest example.

In this simple way, you can ignore negative numbers if you need to convert them into positive numbers and also include them in your calculations. There are actually quite a lot of situations where the ABS function may be needed, which cannot be dealt with in one article or even simulated, since each user has his own tasks that he must solve in Excel.

I hope that the general information was enough to understand what the ABS function is for and how you can use it for your purposes.