According to the Hi-Tech publication, engineers from Canada managed to break the Tesla Model S Plaid car and set a new speed record for this model – 348 km/h.

Engineers hacked the car’s software and removed the top speed limit to test the Tesla’s real capabilities on a straight road.

They chose the runway at the Trois-Rivières airport in Canada, which is 3 kilometers long, as a test site. In order to reach the maximum speed, it was necessary to drive almost 2 kilometers. As a result, the speed limit that the hackers were able to reach was 348 kilometers per hour (or 216 miles per hour). The rest of the road was used for braking. 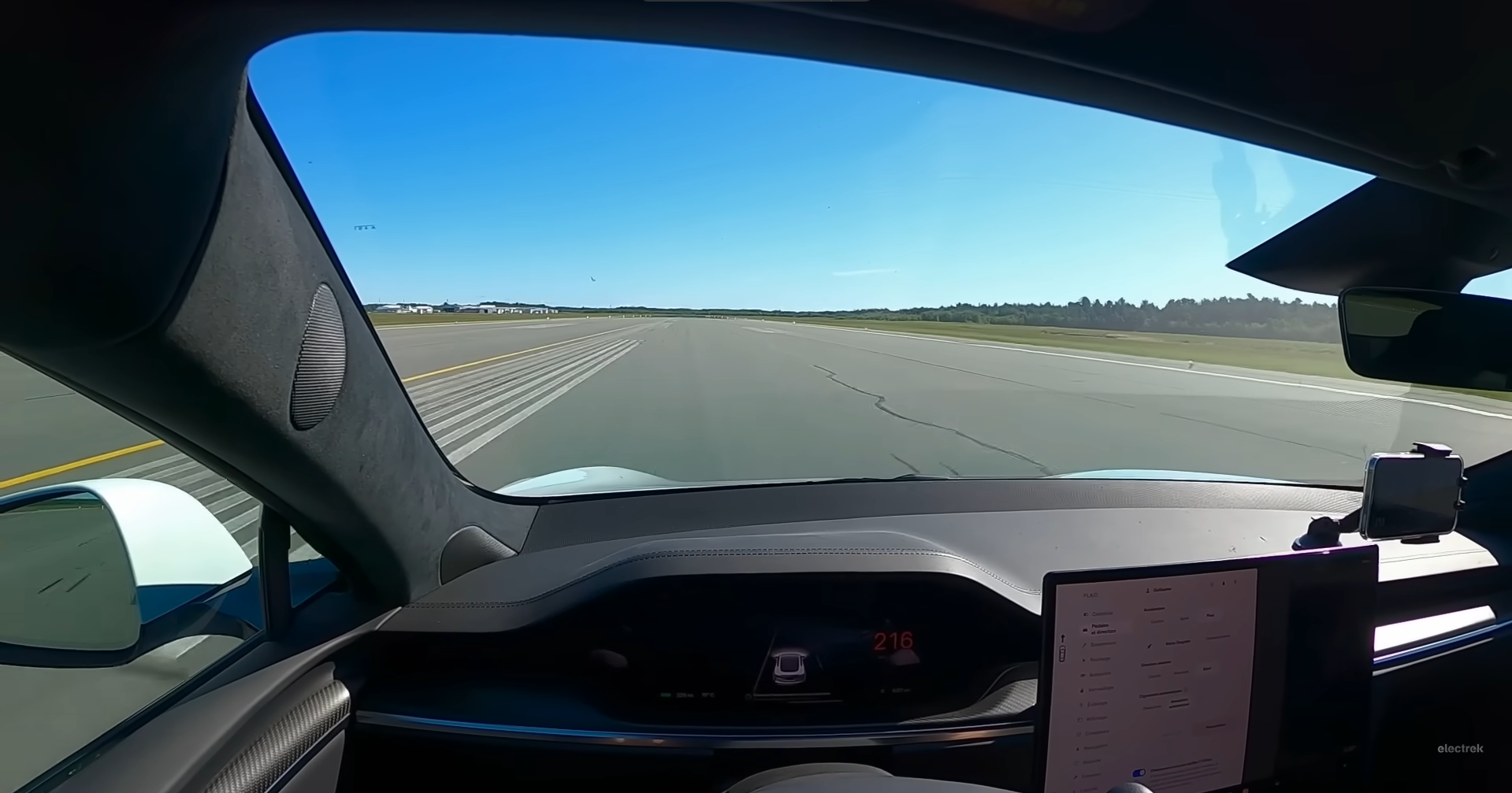 It is worth noting that the experimenters slightly modified the Tesla, installing improved brakes and tires. This was necessary to make the experiment safer. If these changes had an effect on the speed of the car, then only a little.