The service for determining the speed of the connection Speedtest presented the report Global Index from the company Ookla, which specializes in research in the field of network analytics and communication. It provides a mobile internet speed rating in different countries of the world.

The results of the ranking showed that Russia ranks 85th in the world out of 141 with a result of 21.21 Mbps. Along with Russia, Armenia, El Salvador, Chile, Tunisia and Ukraine appeared in the same list. In these countries, the average mobile Internet speed is higher. Russia was also surpassed by Iraq, Iran, Togo, South Africa, Kosovo and Moldova by this indicator. 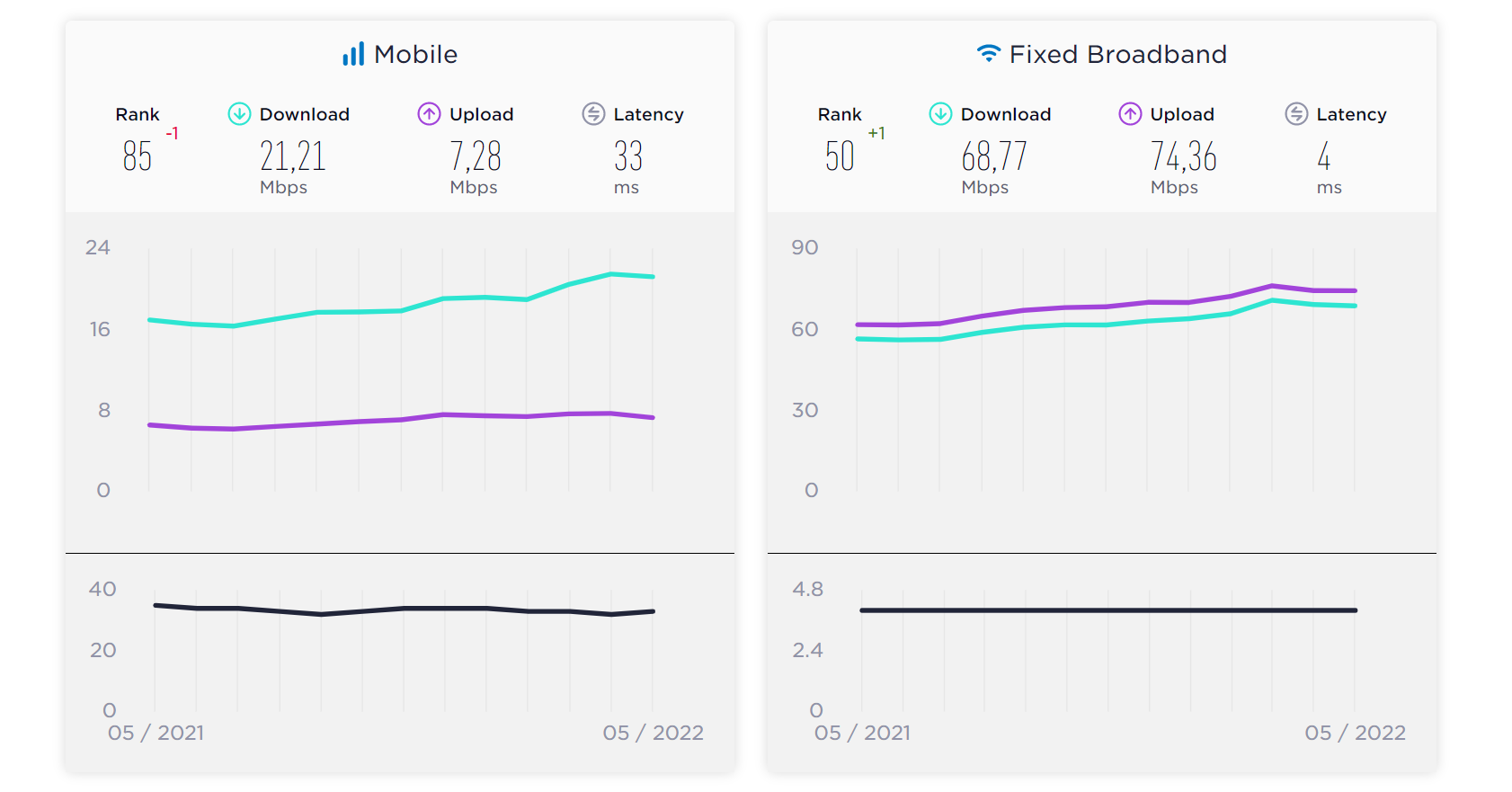 In terms of data download speed in fixed broadband access networks, Russia ranks 50th, while ahead of a number of European countries. As reported by Kod Durova, the leading positions in mobile Internet speed were taken by Norway, UAE and Qatar, and in the ranking for fixed broadband access, the first lines are occupied by Singapore, Chile and Thailand.