Skip to content
Home Articles Case for beginners: how to reduce the cost of a click in the VK target by 10 times

Summer has come – vacation time. Someone works, and someone rests. I was offered to work for those who want to rest in Sochi and rent housing. That is, I was offered to promote the guest house group in VK. It was fun to experiment with, and I agreed. As a result, I managed to reduce the cost per click by more than 10 times from the initial figures.

Now I will tell you what was done.

The guest house itself is in Loo and I decided to see if there was any traffic to this query at all. As it turned out, the demand in Yandex is quite good: 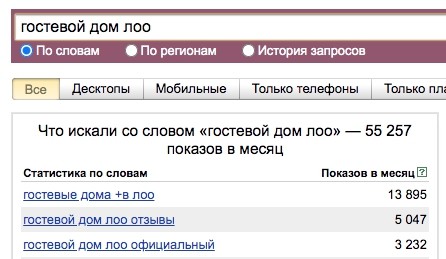 There were about 80 people in the group. With such a number, it is quite difficult to occupy the top search. I decided to increase the number of subscribers. Previously, the search in VK worked primitively, and those groups with the most subscribers came to the top. Currently, there are some algorithms that monitor relevance.

I didn’t turn bots on someone else’s group. If the group were blocked, I would be left with unpleasant impressions.

I organized contests in groups that offer money for reposting and joining the group. After the competitions, the number of participants increased 10 times.

Optimization of the group

I decided to optimize the band in the same way that website pages are usually optimized. Collected keywords and wrote a text based on them. Added keywords to the group name and status, changed the group url. I expected the group to appear in the Yandex search, but it did not. I think for this you would need to purchase a link.

I had a hypothesis that those people who are currently in Sochi or nearby can look for housing in Loo. I selected points on the map, selected those currently at those points, and listed the travelers in a category. Travelers do not live in Sochi permanently, but came from other regions or cities. I ran the ad, but the results were dismal.

The CTR (the number of conversions per ad divided by the number of impressions as a percentage) was less than one percent, and the price of a click was approximately 60 rubles. I realized that something had to change.

In a previous article, I wrote that men and women react differently to advertising. I wanted to test this hypothesis, so I made two announcements. For men, he wrote briefly and to the point: 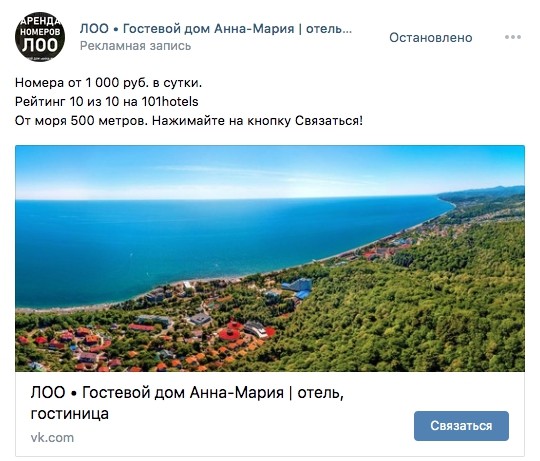 And for women, he added attractive adjectives: 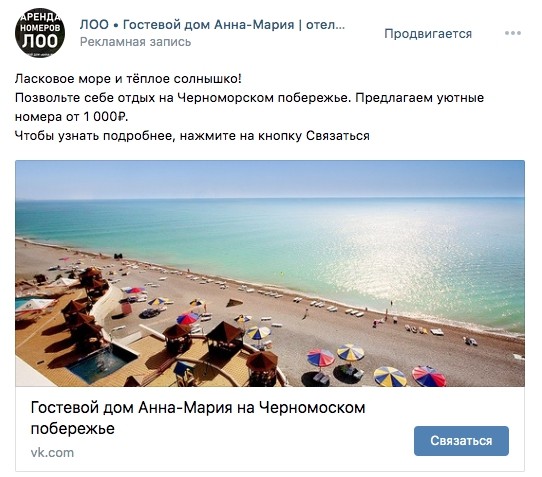 But the division into male and female is not the main insight. The main discovery for me was that you can add keywords to the target: 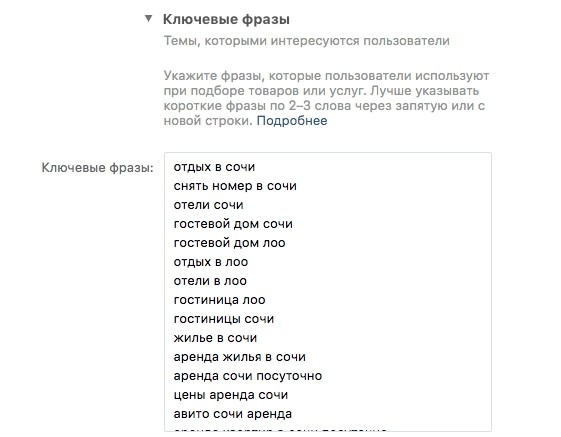 The minimum search period has been selected: 1 day. By default, it was there for 12 days. If there were 12 days, then the tourist has already cooled down or left Sochi altogether.

I started advertising and noticed that the clicks started to cost many times cheaper. But I’ve also noticed that the under-30 audience calls less often. I decided to cut the audience down to 30 – the cost of conversion decreased.

I also noticed that the female audience calls out more often and decided to disable advertising for the male audience. But first I wanted to check whether men and women really react differently to ads. I changed the audiences in the female and male ad and they actually started to perform worse.

As a result, I left one ad for a female audience over 30 years old, and the CTR exceeded 3%, and the conversion cost dropped to 4.35 rubles.

Considering the fact that the fire appeared, VK positively evaluated the advertising record.

I don’t claim to be an expert on targeting, but if you’ve tried setting up your ads yourself and haven’t gotten the results you want, maybe you should just add keywords and narrow down your audience. If we try to do such work on our own, we learn from our mistakes. If we read such articles, we learn from other people’s mistakes.