FidelityFX Super Resolution technology, which allows you to scale images in games, was launched a year ago and was initially available only to selected AMD partners. Within a year, the company improved the technology and opened access to the second version of FSR to all interested developers.

According to the AMD website, FSR 2.0 supports DirectX 12 and Vulkan, and support for Unreal Engine 4.26 / 4.27 and Unreal Engine 5 is expected soon. The technology will also be available through the Xbox Game Development Kit.

During all this time, FidelityFX Super Resolution technology has been implemented in 110+ different games (including Assassin’s Creed Valhalla, Edge Of Eternity, Horizon Zero Dawn, etc.) and has become AMD’s most advanced gaming technology. 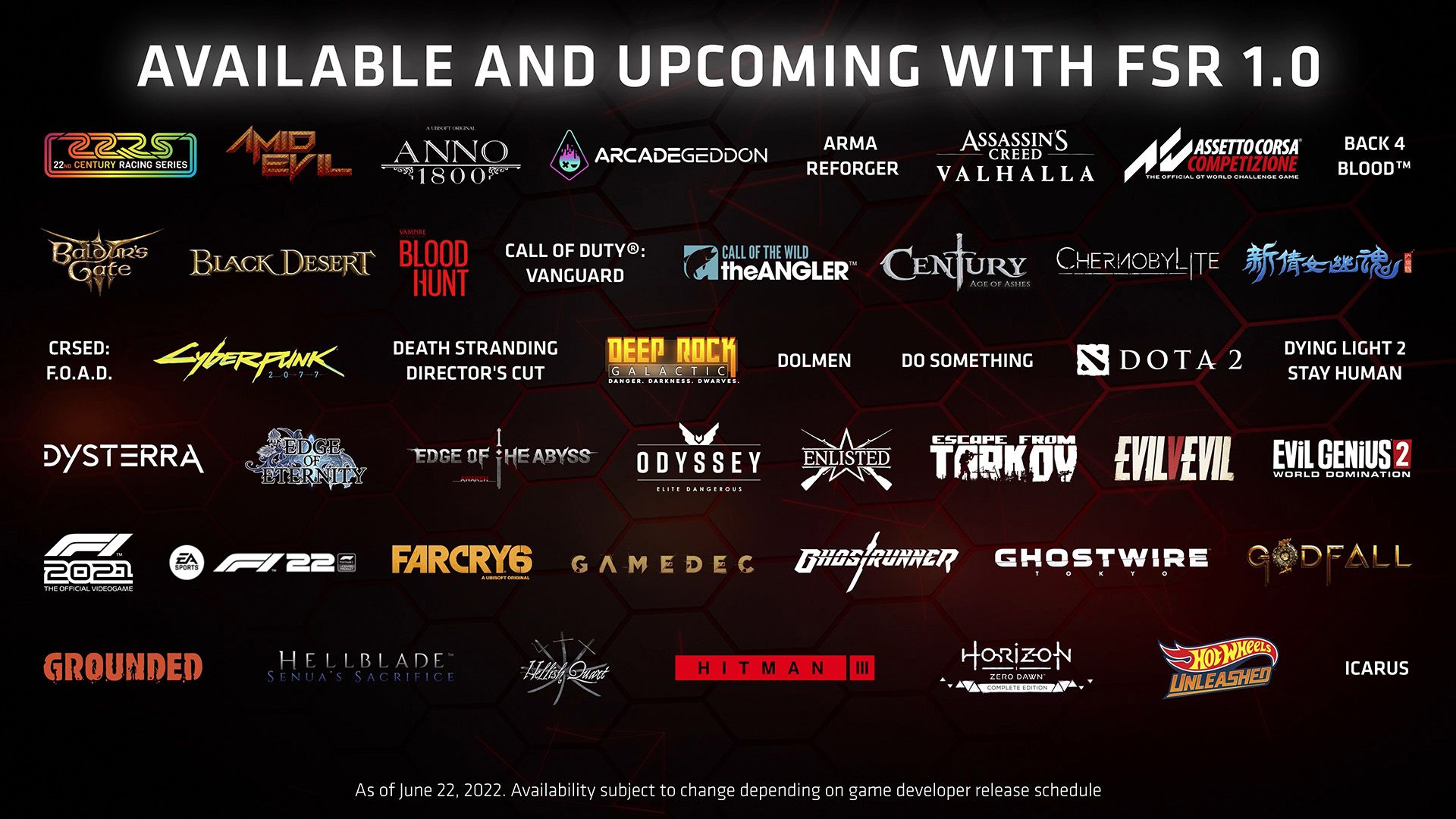 The full version of the FSR 2.0 source code is available on GitHub. The technology is distributed under the MIT license, which gives complete freedom of use and the ability to change the source code to suit your needs. API documentation has become publicly available, and the company has provided a demo explaining how the technology works. All this will allow developers to add FSR 2.0 to their games, and gamers – to assess its capabilities on their screens.