The editors of Cosmopolitan magazine, along with digital artist Karen X Cheng and members of the OpenAI artificial intelligence research lab, used several text queries to test the technology. As a result, the neural network for the first time generated a cover for the print edition of a fashion magazine.

The cover used queries such as “a woman in earrings who is a portal to another universe”, “a close-up fashionista in the style of films directed by Wes Anderson” and “a hand of a young woman with nail polish holding a Cosmopolitan cocktail”.

As a result, the most successful cover option was the answer to the request “a wide-angle image from the lower angle of a woman astronaut with a sporty physique, who smugly goes to the camera on Mars in the infinite universe in the style of digital art.” 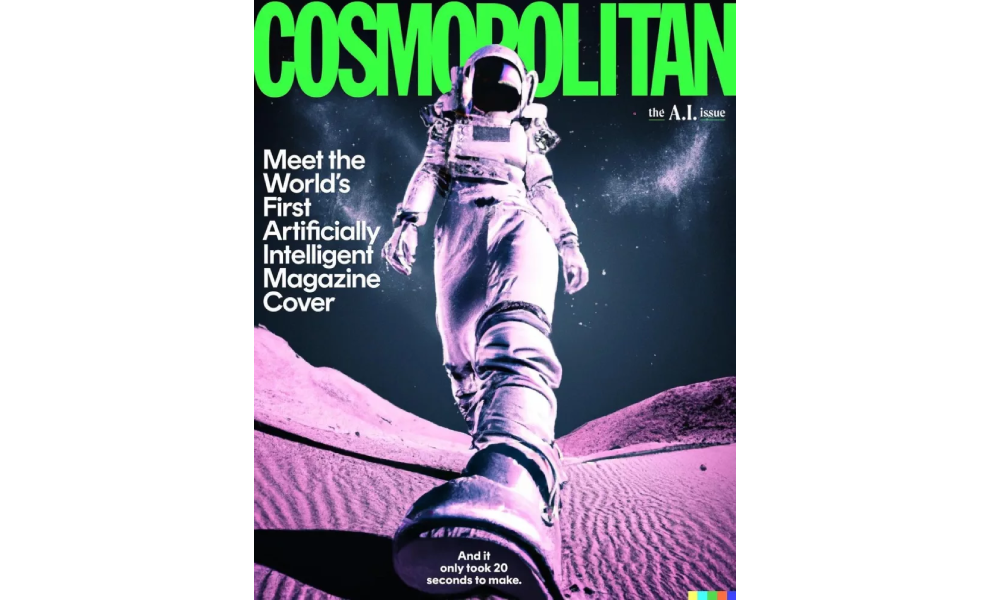 According to Snob, OpenAI Communications Manager Natalie Summers comments on the situation:

I believe that there will be women who will see this image, and the door will open for them to enter and engage in artificial intelligence or machine learning – or even just to understand how neural networks can improve their work and lives.

It is also noted that the DALL-E 2 neural network is trained to prefer artistic skill rather than language comprehension, so the logo of the publication was added to the cover by human hands. AI has not always issued the correct design solutions, so the developer is still conducting closed testing and does not release neural networks for public use.

OpenAI introduced the updated DALL-E 2 neural network in April this year. The main change was the ability to edit already created pictures. According to the developers, with DALL-E 2 you can replace fragments on finished images or create variants of the original image at different angles or styles.