Blogger James Eagle presented an interesting visualization of the most popular sites in the world in different years, writes vc.ru. He analyzed data from open sources, used the services of the Internet Archive, SEMRush, Statista, Google Analytics, as well as corporate reports, and as a result created a ranking of the most visited resources in the period from 1993 to 2022.

There were three clear leaders during this period: from 1993 to 2000, America Online (AOL) ranked first with various online services, overtaking Yahoo and leading the way from 2000 to 2006, and then it was time for Google to hold the bar. popularity to date.

It is interesting to trace at what time the resource appeared in the ranking and which sites were actively visited by users 10 or 20 years ago: 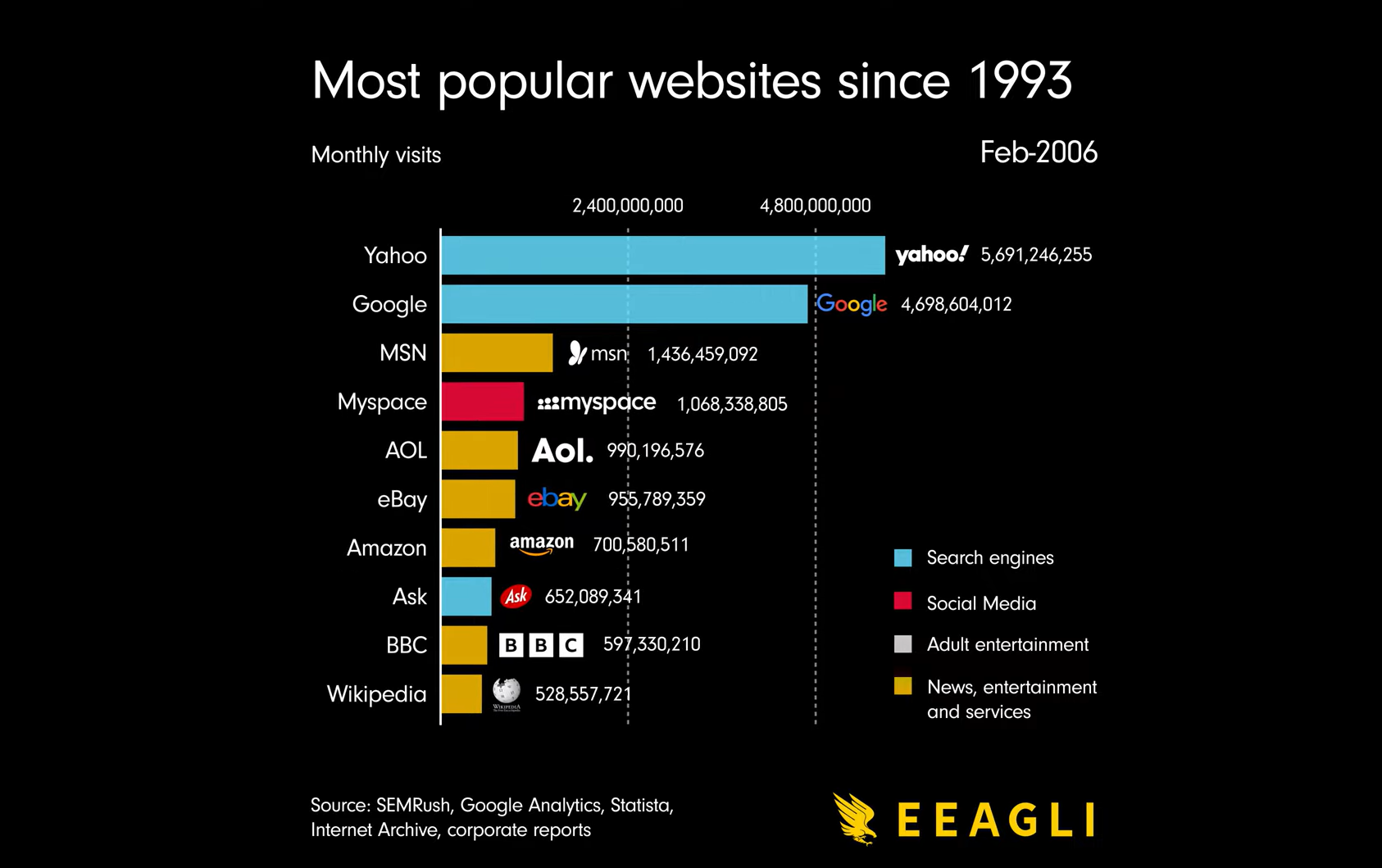 Since 2019, the list of leaders has not changed, only the number of visits differs. And in January 2022, Google has 89+ billion events, followed by another service of the company – YouTube video hosting with 34+ billion visits, and in third place is the social network Facebook – more than 22 billion events (the social network belongs to Meta, which is recognized as extremist in Russia and is prohibited).