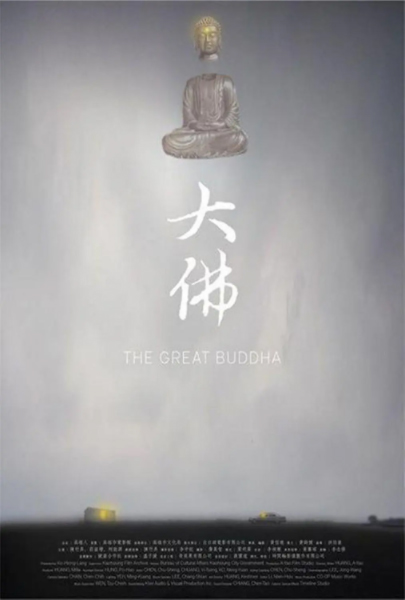 About movie:
Before his debut in big cinema, director Huang Xingyao had been making documentaries for about ten years, and quite successfully – his documentary “Taivalu” in 2011 won the first prize at the “Golden Horse” – the main Taiwanese film festival, and other films participated in the programs the most prestigious film festivals in the world.

In 2013, Juan Xingyao decided to try his hand at feature films – and started writing scripts with the help of friends. They got together, they exchanged ideas, and one of them put it together into one coherent script. This is how several scripts were born, however, it was not possible to get funding from the government fund for shooting a short film. Then the director sat down with his own script – and the idea of the short film “Great Buddha” was born. The film was shot in just three days with a $10,000 grant from the Kaohsiung city government, and according to the director, it was an unforgettable experience.

“I turned 41 that year, and I knew that it would be difficult for me to start my career all over again just to learn how to make staged films from others,” says Juan Xinhao. “So I told myself that I had to make this film, otherwise I might not get the chance to work in feature films again. It doesn’t matter if the film is good or bad, but I had to use this grant.”

The film entered the competition program of the short films of the Golden Horse Festival, where Juan Xingyao met director and producer Zhong Menghong (known for the films Parking Lot and Good Luck). He saw the potential in the short and its director and offered to make an extended, full-length version of the story, providing both the funds and his crew for filming (and acting as a cinematographer himself under his frequent pseudonym Nagao Nakashima).

“Great Buddha +”, released three years later (and acquired a plus in the title as a director’s joke about an IPhone 6+ advertisement popular at that time in Taiwan), largely repeated the style laid down in the short film, only expanding the characters’ stories and diluting the story postmodernist meta-narrative humor that only emphasizes the tragedy of history and the gap between the worlds of rich and poor in Taiwanese society. (Dirty Ho)

Well, the plot is the same:

Garbage Collector Navel occasionally spends his evenings in the company of his friend Cucumber, a night watchman in a workshop that produces religious statues. One day, Navel offers to watch the dashcam of a car owned by workshop owner Kevin. The life of the rich is exciting and colorful. Night after night, Cucumber and Navel plunge into Kevin’s life until they stumble upon a videotape they clearly shouldn’t have watched.